Let's see... on August 21rst my Uncle Charlie died... on  his 87th birthday. I have mixed emotions about it and that is another long story that I won't share here as it's not nice to speak ill. I'm sad for my Aunt.

Last night our hot water heater croaked so it's cold sponge baths until we can get it replaced. It's another case of "nothing lasts forever"; the thing was 17 years old. I can hardly believe we have lived in this house that long. We put it in shortly after we moved in here. Also last night our neighbor needed help with a flat tire and Scott changed it for him.

I've made some more progress on my "witchy dwelling". 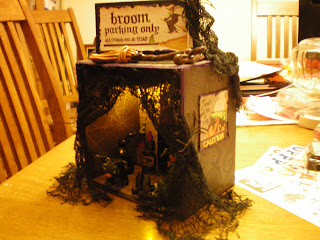 I've also begun a mini-album made out of envelopes.This is one of two that I will be making as gifts for someone. 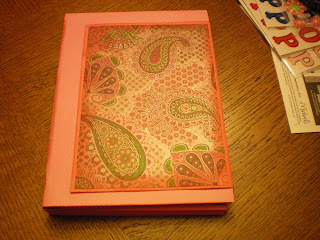 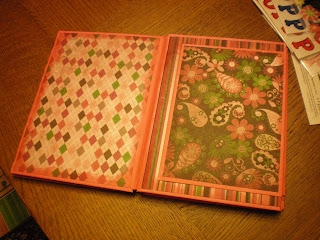 We've taken a couple lovely walks along the river and at the last one we saw the set up for a proposal that we saw the couple walking back to their cars... I do not know if she said "yes" or not but the proposal was so sweet  not to record after they had left.

Of course my silly man got in the video... he is a keeper!

Time to get ready for work. I'll post more later today... IF I survive training a Newbie! Just hoping she has some Retail experience!